How To Avoid Tennis Injuries

It’s that time of year again. Wimbledon. The tennis racquets are fetched down from the attic, dusted off and – weather permitting – taken to local tennis courts. It is the 2 weeks of the year where the whole of the UK is joined in mutual appreciation and enjoyment of a sport that is often side-lined for football, cricket and rugby the rest of the year. But for this period every July, it is the All England Tennis Club where all eyes are focused. With good reason. The hyper physicality, athleticism and speed of modern tennis befuddles as much as it amazes spectators. You only have to look at the almost superhuman feats of Roger Federer, Rafael Nadal and Serena Williams over the past couple of years for extraordinary, bona fide examples! 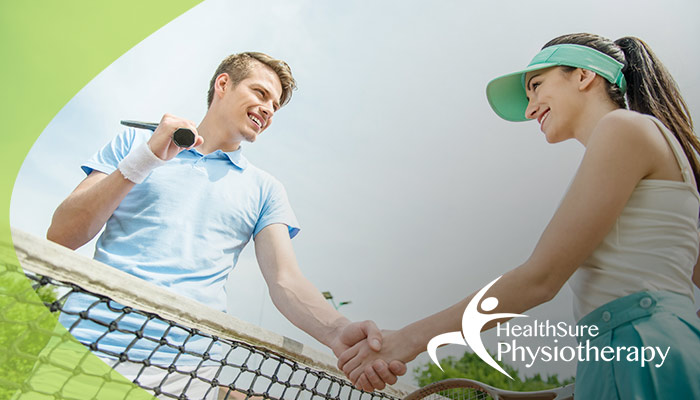 Tennis has reached such a high level even the smallest injury can have a huge impact on a player’s ability to compete against their rivals. Even Scotland’s own Andy Murray (the World number 1) has gone into this year’s tournament suffering from a hip injury. It happens to the best of us. It is for this reason spectators and viewers at home regularly witness the importance of physios and trainers courtside as well as the medical time out granted players during matches. It is worth noting that professional tennis players can play for hours at a time in often searing hot temperatures with only quick breaks to separate the action. It’s no wonder then that so many are susceptible to injuries. 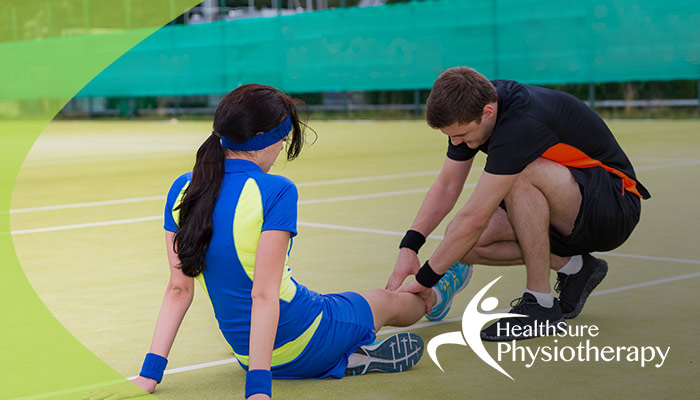 The most common tennis injuries a player will suffer from at some point during his or her career are tennis elbow, ankle sprains, knee tendonitis and rotator cuff tears. A prime example of knee tendonitis is the Spanish bull, Nadal. Out of the game for almost a full year, the big-hitting Spaniard is perhaps the most famous top-ranked player who has suffered from a chronic, crippling injury detrimental to their career. Nadal has bounced back however and looks to be in great shape for this year’s tournament with some even touting him as the eventual winner! Not on Andy’s watch however 😉 Therefore, whilst being an unfortunately good example of injury, Nadal has also proven, on the positive side, that patience and effective treatments can return a player to their fighting best so they are not simply making up the numbers.

Predictably, the most common injury would be tennis elbow hence the name. It is not an injury confined solely to tennis players but the repetitive motion of swinging your arm towards the ball does mean they are its primary sufferers. Lateral epicondylitis is its proper name, referring to the inflammation of the tendons joining the forearm muscles to the outside of the elbow. It is not altogether different from golfer’s elbow but occurs on the outside of the elbow rather than the inside. Perhaps the biggest threat to a tennis player is the weakening of their grip on the racquet which, as we have previously discussed, is vital to success because of the importance modern tennis places on power and flexibility. There will also be a burning sensation on the forearm which adds to the discomfort. Tennis elbow can be alleviated in a number of ways including sports massage as well as a range of joint manipulation and exercise based treatments.

Quite an easy injury to understand but also a very serious one, ankle sprains are caused by the twisting of the ankle which leads to the stretching out and damage of the ligaments. The twisting and turning modern courts experience at the hands (or feet, for want of a better limb!) of the new breed of athletic and speedy professional players is something tennis has never seen the likes of before. Combined with the number of different surface types used including clay, grass and hard court, it is no surprise so many injuries occur. With grass and hardcourt there is a much greater chance of slipping whilst clay has the potential to grind you down. The sprain ultimately causes pain, stiffness and swelling to the player, making the ankle unstable and prone to bruising.

Patellar Tendonitis or ‘Jumper’s Knee’ is tendonitis of the knee caused when excessive force is put on the patellar tendon which is attached to the kneecap. It is this tendon that aids the movement of the leg and supports our weight when walking and jumping, hence ‘Jumper’s Knee.’ Pain and swelling are caused with the affected area also feeling warm to the touch. Jumping, kneeling, and walking up and down stairs can also increase the pain.

The shoulder is one of the main weapons in tennis. It contributes explosive power to the serve and a range of other shots, making it essential to be injury free. Stability and mobility are provided to the shoulder by the rotator cuff which is made up of 4 tendons and muscles working together. Tears can occur gradually because of overuse, resulting in pain, tenderness and weakness in the shoulder. All not good for the average tennis player.

It is always a good idea to avoid such injuries as they can have a serious impact on the ability to compete at a high level. There are a range of ways to avoid them including, properly warming up; wearing and using the correct tennis gear and equipment; taking ample, regular breaks; and paying close attention to technique. It is what many of the top tennis players do to stay healthy and retain their longevity. Let’s hope Andy Murray can steer clear of them and successfully secure a 3rd title 😉 C’mon Andy!