Torn Your ACL but Want to Avoid Surgery

In previous weeks we discussed the ACL (Anterior Cruciate Ligament), different rupture grades and what it means for the average person and the amateur athlete.

Firstly a quick recap; Most people who tear their ACL report that the tearing was accompanied by a pop, analogous to the sound one hears when pulling a hand full of grass from the earth, or like the snapping of an elastic band. 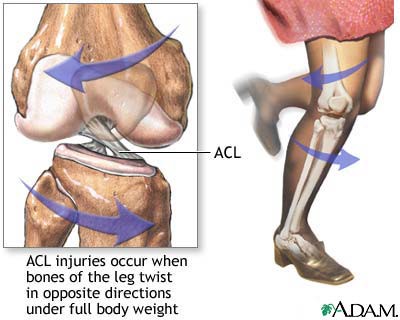 There are different grades of rupture, ranging through a slight strain (Grade 1), a partial rupture (Grade 2) and a full severing rupture (Grade 3). As seen depicted below: 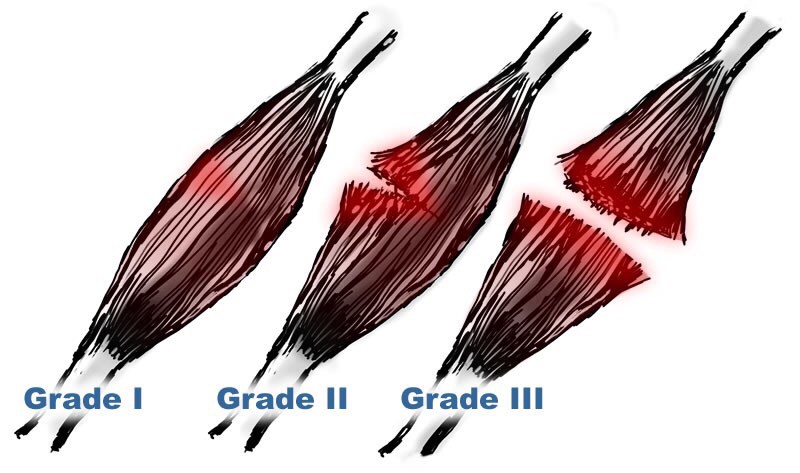 The patients pain, the accompanying swelling, physical testing by a Physiotherapist and ultimately an MRI are used to confirm extent of the damage. 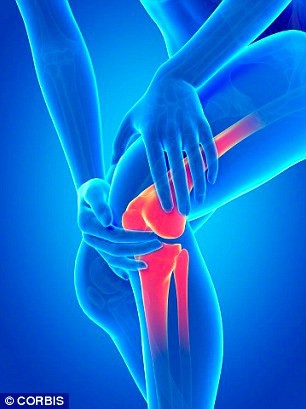 It is at this juncture that patients find themselves facing the treatment dilemma – do they undergo invasive surgery to reconstruct or repair the ligament, or do they pursue a less invasive route of rehabilitation, under the guidance of a Healthsure Physiotherapist?

Increasingly, GPs are hastily steering patients toward surgery for ACL tears, in the likely hope that a speedy resolution can curtail prospective long-term consequences; which can include osteoarthritis, tears of knee cartilage (menisci) and severe knee instability. 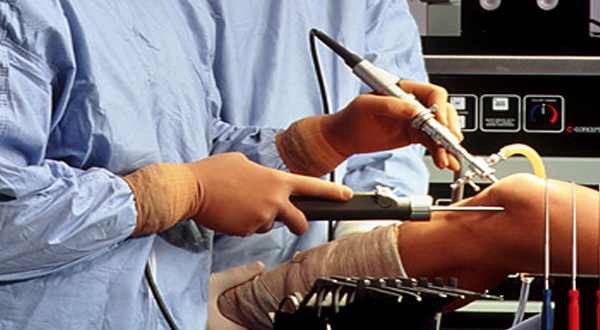 However, a study in Sweden, published in the July 22 2010 issue of the New England Journal of Medicine, has challenged this legacy notion. The study, carried out by researchers from Lund University, in Sweden, tracked 121 adults with recent ACL tears for the proceeding two year period.

The researchers postulated that a high proportion of patients who initially undergo a Physiotherapy rehab plan to overcome the effects of the ACL tear, can achieve the same reduction in pain and improvement of joint function, within a two year period, as that of those who elect to have the surgery.

The researchers note that approximately 50% of the group had immediate surgery, with the other 50% directed toward a Physiotherapy based program. (Note – these patients were also afforded the option to have the surgery if they wanted it, or if their knees demonstrated continued instability – collapsing, for example, with quick changes of direction).

The participant demographic age range spanned 18 to 35, all of whom were non-professional athletes. Of the 62 people in the group who opted for early surgery (following early rehabilitation), all but one had the procedure done. In the delayed surgery group of 59, 23 (39%) ultimately had the procedure performed anyway, following the Physio led rehab program, on average 11.6 months after commencement. 36 (61%) avoided surgery and did (successfully) rehabilitation only.

Over the course of the two years of research, both groups reported significant improvement in their injuries; however there were no significant differences in pain or function between the two groups.

The ramifications of the study lead us to the possible conclusion that many young, active adults could delay or avoid surgery by initially pursuing a Physiotherapy backed treatment solution; perhaps more interestingly, the research demonstrates that this doesn’t appear to increase the patients risk of osteoarthritis or exasperated injury of the knee joint.

Another possible conclusion however is that 39% patients would delay a necessary treatment by almost a year (11.6 months), leading to unnecessary rehabilitation delays.

Perhaps then this is why some experts challenge the Physiotherapy only approach used in the study, and argue that’s this shouldn’t be broadly and arbitrarily applied to ACL rehabilitation management.

One orthopaedic surgeon at the Hospital for Special Surgery in New York City, David Altchek, agrees that he was witnessed this approach work for the more sedentary or inactive patients; or active patients who focus on sports with less pivot motion, such as jogging or running. But he cautions against blanket application of the Physiotherapy only route as a method for everyone. “This whole concept is really dangerous when you apply it to young athletes,” he states. Suggesting that delays to surgical treatment inhibit recovery, and that the stability achieved in Physio only treatment may be insufficient for continued, aggressive, competitive athletics.

The Swedish research also goes on to suggest that tears to the meniscus, the wedge-shaped section of cartilage that facilitates the bone to bone movement inside the knee Joint, which typically accompany or develop after an ACL injury, were more purposely and aggressively treated in the early surgery group; these were often initially left untreated in the delayed surgery group, resulting in the need for further meniscal surgery during follow up. 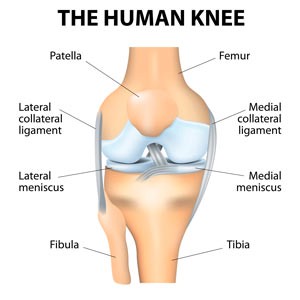 This would seem to support the view of Dr Altchek and his like-minded colleagues, who agree this is an important factor in deciding appropriate treatment.

“Rehab alone can’t go in and change the meniscus like a surgeon can,” Dr Koster, an American expert explains. “We can’t go in and heal the ACL. That would only be done with surgery. But we can support the body structures around the ACL: the muscles, the tendons, the way your joint reacts. If we can train those other things, it can help compensate for a strained ACL.”

Dr. Altchek also agrees that these meniscal tears are prevalent in people who undertake activities that require them to pivot or quickly switch direction – like football, tennis, Badminton or Rugby. “The big problem when you don’t fix someone’s ACL and they go back to sports, they are at high risk of tearing their meniscus. So it’s very risky to tell a young athlete, let’s go back to sports without getting it fixed,” Dr. Altchek says. “We’ve seen some horrible outcomes where someone gives it a try – goes back to a pivoting sport with a brace after rehab without surgery and then shreds their meniscus. Sometimes you can fix it, but you can’t a lot of times.”

The implications of this research for patient treatment regimes.
Dr Koster however does agree, that at the very least, this study encourages GPs, Specialists and physiotherapists to thoroughly explore a patients options, based on their activity level, before hastily undergoing perhaps needless surgeries.

“If a surgeon says you need surgery, a patient doesn’t feel like they have lots of options. And that’s why I like this study because it gives patients options. A certain population can avoid surgery,” Koster says. “People with minor ACL tears and middle aged people who don’t do as much activity – they can be helped with non-surgical intervention.”

In this respect, At Healthsure Physiotherapy, part of the Healthsure Group, we can support you in a number of ways. We can help initially assess your injury, assess your activity levels, your options out with surgery and provide a tailored treatment plan to restore functional levels and reduce pain.

It’s imperative that you seek support as soon as possible, in order to avoid further injury. When it comes to your knee pain; don’t be unsure, be Healthsure.